The Value of Art in the Built Environment

Written by Kimberly MacArthur Graham on May 7, 2014 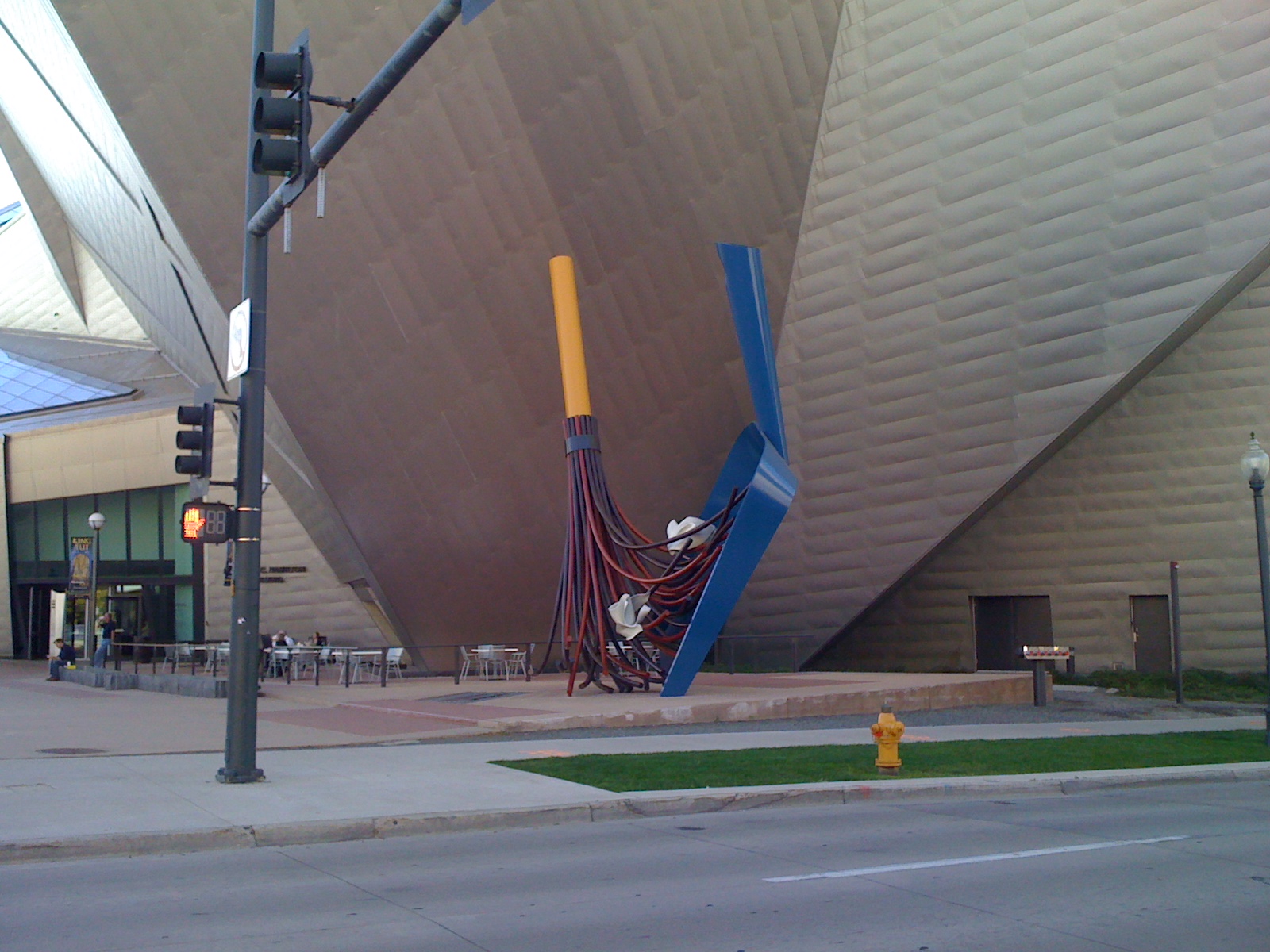 I’m incredibly excited to introduce our newest Layer Cake team member. She’s 9 feet tall and sorta unkempt, but since “she” is a piece of art, I guess that’s ok. Over the weekend, we installed a hanging sculpture titled “What Remains” by Lauri Lynnxe Murphy, and it’s been fun to see people’s reactions and talk to them about the work (as best I can). Maybe it’s because I was a working artist in a former life, but I believe strongly in the power and necessity of having art in one’s life – and since we spend most of our lives at work, that includes the workplace.

Our growing collection is fun to look at, but it’s so much more than decoration. It is a tool that stimulates creative problem-solving and conversation and unobtrusively teaches tolerance of different approaches and beliefs. Simply put, it gets people to think and to empathize.  These values are intrinsic to our role as business consultants and fellow human beings.

Outside of the office, I appreciate the public (or publicly visible, privately owned) art that we’re lucky enough to have here in Denver. Below are four of my perennial favorites.

1 – Pillow Talk by Lawrence Argent – 1985 Pennsylvania Street courtyard. | Less well-known than the artist’s “Big Blue Bear” (properly titled I See What You Mean), this is perhaps my favorite piece of his. The pillows allude to the history of the site, which has hosted a variety of “resting places”: a hotel, then a hospital, and now a multi-family residence. So beautifully carved out of limestone that it’s impossible to believe they aren’t soft as down.

2 – Big Sweep by Claes Oldenburg & Coosje van Bruggen – Denver Art Museum near 12th and Acoma. | How can you live in a dry, dusty, windy place and not love a giant broom and dustpan? It was thoughtfully conceived, but tucking it near the debris-collecting niches of Studio Daniel Libeskind’s museum addition makes it come alive for me.

3 – Fire House by Dennis Oppenheim – at Fire Station #9 at 44th and Brighton Blvd. | The first time I spotted this quirky aluminum sculpture, I wasn’t sure if it was a sculpture or a functional structure, though I couldn’t imagine the function. Now I will drive out of my way just to see it. It’s a bright spot along what can seem a pretty monotonous drive.

4 – Sound Walk by Jim Green – sound installation along Curtis Street, between 15th and 16th Streets. | I love watching neophytes’ reactions as much as listening to the sounds. Emerging from the street grates, the sounds vary, but include rumbling, farm animals, and yodeling.

If this has whetted your appetite to see more public art, Denver Arts & Venues has created a great online guide. Happy viewing!