How Rule 40 Is Hurting Olympic Athletes and Imperiling the Games 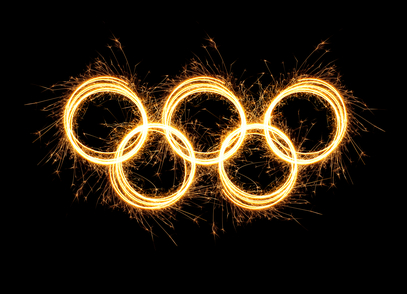 The 2014 Winter Olympiad in Sochi Russia.

Compared to other PR issues threatening to mar the Sochi Olympics, such as limiting athletes’ freedom of speech, the disagreements around Rule 40 seem pretty tame. Actually a by-law, Rule 40 states, “Except as permitted by the IOC Executive Board, no competitor, coach, trainer or official who participates in the Olympic Games may allow his person, name, picture or sports performances to be used for advertising purposes during the Olympic Games.”

Historically, Rule 40 protected the “neutrality” of the Games, but evolved into a protection for the investment of major Olympic sponsors. I get this. Sponsors are indispensable to an event that is increasingly expensive to host. And Rule 40 was acceptable as long as “during the Olympic Games” basically meant  “at or in the physical location of the Games.” Clear and fair: athletes didn’t tout their own sponsors for a few days, while giant, global brands stepped in and supported them.

The trouble began in the virtual era, when the IOC decided that “during” applies to a period of time instead of a physical space. Meaning that Rule 40 and its prohibition of advertising, or even thanking sponsors applies to social media. Keep in mind that the athletes are not paid to participate in the Games. Some are professionals, many are amateurs, but nearly all are supported by sponsors – nearly all of whom require the athletes to participate in social media.

Should the athletes and their sponsors be punished for essentially allowing the athletes to participate in the Olympics without pay? Hardly. And is there really a threat to global behemoth brands from start-ups who are online-savvy? Hard to imagine. I don’t relish the idea of the Olympics presenting the same logo overload found in nearly all other sporting events, but it’s the world we have created.

As a professional marketer and gung-ho athlete, I hope that the IOC will change their stance on social media and Rule 40. It’s unfair to athletes and will only hurt the Games in the end.