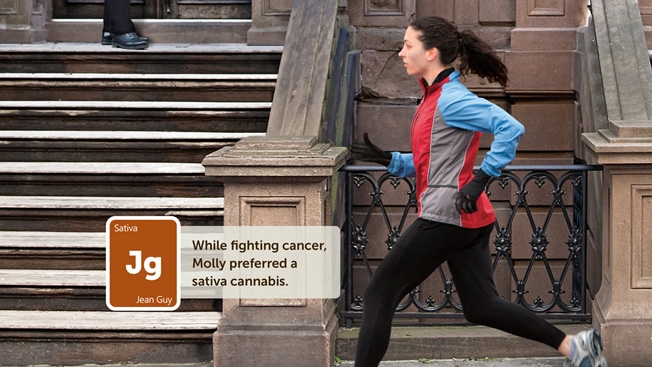 When I learned that the New York Times had agreed to run a full-page ad related to cannabis, I almost choked on my salad of wild greens (a.k.a., weeds).  The Times has run ads for cannabis non-profits such as NORML, but picturing the staid tastemaker embracing this rebellious teenager of a for-profit industry was just too juicy. As a marketer, a trend-watcher, and a newsprint geek who still clips articles out of the paper – I couldn’t wait to see it.

Despite the old saw to the contrary, fiction is often a lot more exciting than the truth. I’m not sure what I imagined, but what I saw was so unremarkable that I may have missed it in the paper. And that is undoubtedly precisely the intent. Let me explain.

Created by Heckler Associates, the full-page ad was placed for website and app Leafly, which finds and rates dispensaries. It focuses on New York State’s recent legalization of marijuana via the Compassionate Care Act. With a headline of “Just Say Know,” and a congratulatory message about the passage of the Act, it shows an image of two typical-looking adults engaging in daily activities — overlaid with blurbs about the strain of cannabis each chose for their medical condition. At a glance, I’d have thought it was a pharmaceutical company advertising a prescription or OTC drug. And I have to assume that is precisely what the advertiser and the creative agency had in mind.

In light of the NYT decision, someone asked me whether I thought that pot had finally become mainstream enough to advertise. Nope. I aver it’s just the opposite: that it is through advertising that marijuana – medical or recreational – will be normalized. The power of advertising and branding is undeniable, and it was only a matter of time before it was applied to this, uh, budding industry.

Here is a link to Adweek’s coverage of the ad, which also has a link to a terrific recent article about the evolution of pot marketing: If you read my earlier blog on that topic, you know I devoured it like a bag of Cheetos!